Your browser does not support the Unity Web Player. Want to save the game for later? Add it to a collection.

You are a mercenary mecha pilot, commisioned by Katana Corp.

You must recover stolen Data from the devious Carnagie group.

Destroy anything in your path..!

This game is a result of a loose brief for a sequel game to a previous piece made over the semester. I decided to make it a sequel to "I am gigantor".. As it progressed over the first couple weeks it started to reflect something very different from the sequel. The game is a collective of gathered inspirational content that I was most recently consuming. Lot's of Anime, particularly Neo Tokyo style stories like "Ghost in the shell" and "Akira". The towering buildings and colourful lights of these cities excites me, the kind of place i would like to experience if it were real. Other wells of inspiration came from games like "Armoured core" and "Wipeout" which lends some similar references to the thematic style of a future metropolis.

The Digital art of Beeple became a reference for some of the colours chosen in the game, particularly " NEONMURK / EYE.SAXX". this was a huge contribution to the feel and environment of the game. The story came primarily from another piece I am working on. An RPG "Ravaged Steel". Tokyo Steel takes place in the R.S. universe (so to speak). The world is a dystopia of corporate greed and warfare. This game takes elements of the world including name references and objects i.e. Katana Corp, Carnegie Corp and the A/C mech character.

I wanted the prevailing game mechanic to reflect that of the mobile isometric games i have come to enjoy most over the last couple years. Monument valley has an excellent camera function that rotates around the scene as the player moves about whatever structure it is searching. I wanted a similar design. Initially I had success achieving this mechanic but unfortunately I had to forego the idea due to troubles with player and camera transforms. It is something I plan on amending at a later date. The game was compiled in Unity, Scripted primarily in C# also implementing the Fungus flowchart for story/dialog. I worked off a project plan, detailing everything I wanted to include. Many things didn't make it into the game due to time restraints. A character creator was in the initial plan but i had to scrap the idea. I just did not have the time to learn about implementing it.

Prototype phase consisted largely of level design. Sketching on paper also useful tools like blender and sketchup. One of the sketchup files was iterated on daily. It was a really valuable experience designing the level and getting accustomed to the tools.!

I used photoshop to design the UI assets, fuse for the character faces and blender to build all the models. Outside of scripting this was probably the most time consuming. I am happy with the results though. Music was a collaboration of myself and Anthony (my brother) using appleton to produce. All SFX came from youtube videos!

Camera rotations were sacrificed to meet the deadline, unfortunately they could not be prioritised near the end. Colours initially were bright, reflecting the day time. This changed to a darker theme. Limitations in time and skill on my part prevented me from pursuing the full plan. The finished game does feel and look how I had imagined it just does not play like I had hoped or have all the features I wanted to include.

Understanding the scope is definitely the most valuable lessons to take from the whole experience. Scaling down when the time limit is there. Focusing on the essentials, "simple as possible but no simpler" I am proud of what was created but mostly happy with the study and learning involved to make such a thing.

Hi! It's pretty good! I've played "I am gigantor" and I can say there is huge evolution ! The graphics are better. I noticed some little problems with the camera rotations, but I think it's due to deadline. Keep up the good work!

Hey thanks for the feedback! 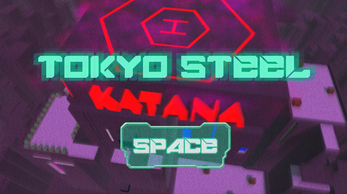 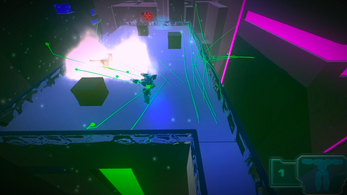 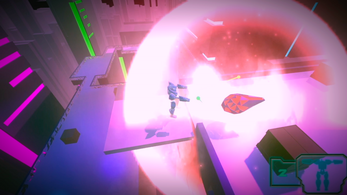 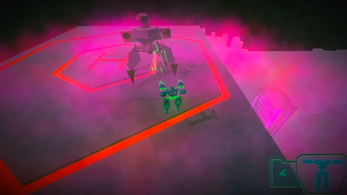